Boston Hip-hop on the rise! 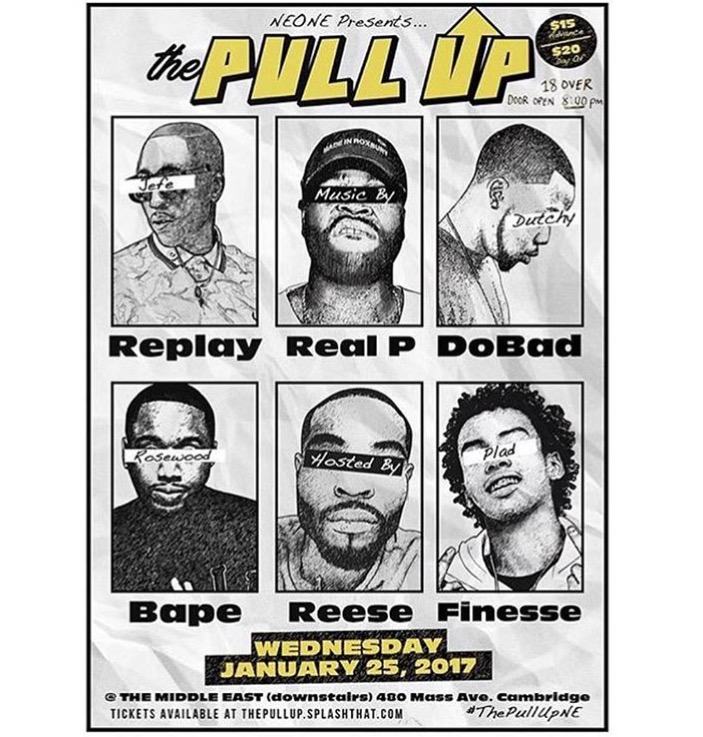 While one of Boston’s most popular music venues, The Middle East Restaurant and Nightclub in Cambridge, is a great venue to see live shows from a variety of genres like rock and pop or jazz and blues, it has also become a premier hub for Boston’s underground hip-hop scene. The club, named Best Hip-Hop venue by the Boston Phoenix in 2010, has hosted events like the Hip Hop Fest in 2015 and now, more recently, has brought several hip-hop artists together again for a popular new installment known as The Pull Up.

The event, which had a sold-out first run in October, is a showcase for some of Boston’s up-and-coming hip-hop acts. The Pull Up’s most recent show in January saw well-known SoundCloud artists Rosewood Bape and Jefe Replay grace the stage. Other artists like PLad Fine$$e, Dutchy DoBad, Reem Skully, K.O.D, and Monavelli were also featured. If the packed crowds on January 25 were any indication, Boston’s hip-hop scene is not simply surviving, but thriving.

Boston hip-hop big names Marquis Neal and DJ Real P (aka Chimel Idiokitas) conceived the idea for The Pull Up after seeing that bookings for hip-hop artists in the Boston area were on the decline. Neal and Idiokitas hope that this new event will give more exposure to new and rising hip-hop artists.

“We wanted to try to change the platform of how hip-hop shows are being done in Boston… what we’re doing represents kids from Massachusetts, New England, who deserve to have a shot and who are actually doing the right things and should be on shows. It creates another lane for artists to create some sort of revenue for themselves… We wanted to create a forum where we can keep artists involved and also give the art back to the people through a dope experience,” Neal says.

While artists like Rosewood Bape and Jefe Replay have hundreds of thousands of SoundCloud followers, they’re not exactly big names – yet. Neal, Idiokitas, and the other event organizers hope that The Pull Up ideally will give these rising talents an opportunity to get their music heard by more people and build their fanbase. Since The Pull Up is a quarterly event that had its first 2017 installment in January, the next showcase should be held in April. 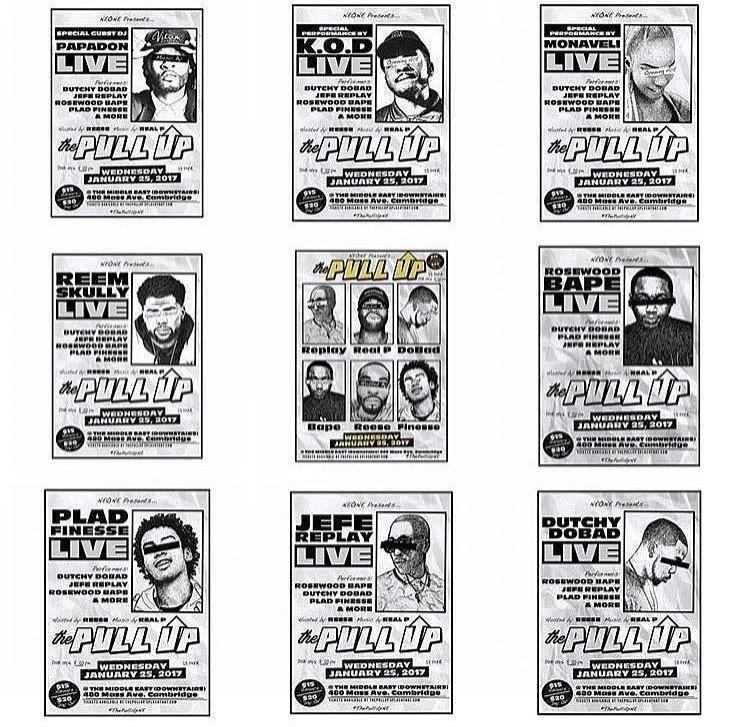