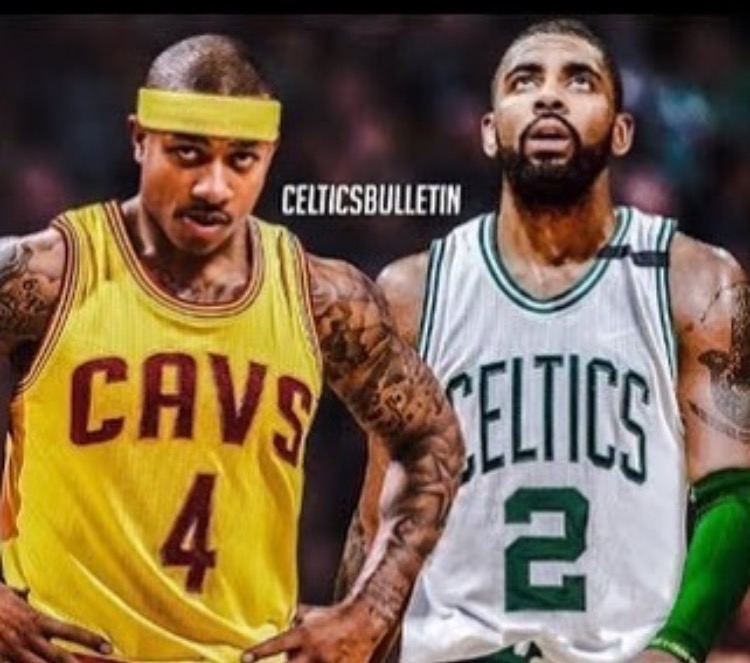 Last season the Celtics won 53 games and made it to the Eastern Conference Finals, where they were only able to win one game from the Cleveland Cavaliers. However, a few things have changed since then, and a few more things may well change before the playoffs this coming season.

The Celtics roster already looks a lot different, in particular with the addition of Gordon Hayward. The Cavaliers roster looks pretty similar thus far, but with Kyrie Irving’s trade demand, it could look very different any day now. That’s a variable that is difficult to account for.

Need less to say things are beginning to heat up in the basketball world. 2016’s top team, the Cleveland Cavaliers, were in the lead again for this past season, but several factors knocked the team down from the #1 spot, one of which was the unexpected resurgence of teams like the Boston Celtics. Some of the key players in Boston’s 2016 lineup that were leading this charge include point guard Isaiah Thomas. Thomas, who began playing for the Celtics in the 2015-2016 season, has scored an impressive average of 29.2 points per game during this most recent 2016-2017 season, with a .461 field goal percentage and .910 free-throw percentage.

​Thomas and the Celtics have proven their strength with their victories in games against top-rated teams, including their 99-86 victory against the Golden State Warriors and Steph Curry. The Warriors had been a bit more vulnerable when one of their star players, Kevin Durant, was put out of commission due to an injury. While the Celtics’ performance wasn’t exactly stellar in the first half of the game, they staged quite the comeback in the fourth quarter, with Isaiah Thomas leading the charge by scoring 25 of these points.

​Another success for the Celtics was the team’s March 2 win against Lebron James and the Cleveland Cavaliers, their first victory in three games against the team. Thomas scored 31 points total, 5 of which were scored in the last 49.4 seconds of the game. Small forward Jae Crowder also delivered a stellar performance for the team, shooting a 3-pointer and two successful free throws in the game’s final period, scoring 17 points total and getting 10 rebounds. Shooting guard Avery Bradley, having returned from an injury, has also helped Boston’s offense, scoring 17 points and leading the team to victory in a game against the Chicago Bulls.

​With skilled players like Thomas, Bradley and the team’s impressive victories, the 2018 season will be a great one for Boston.