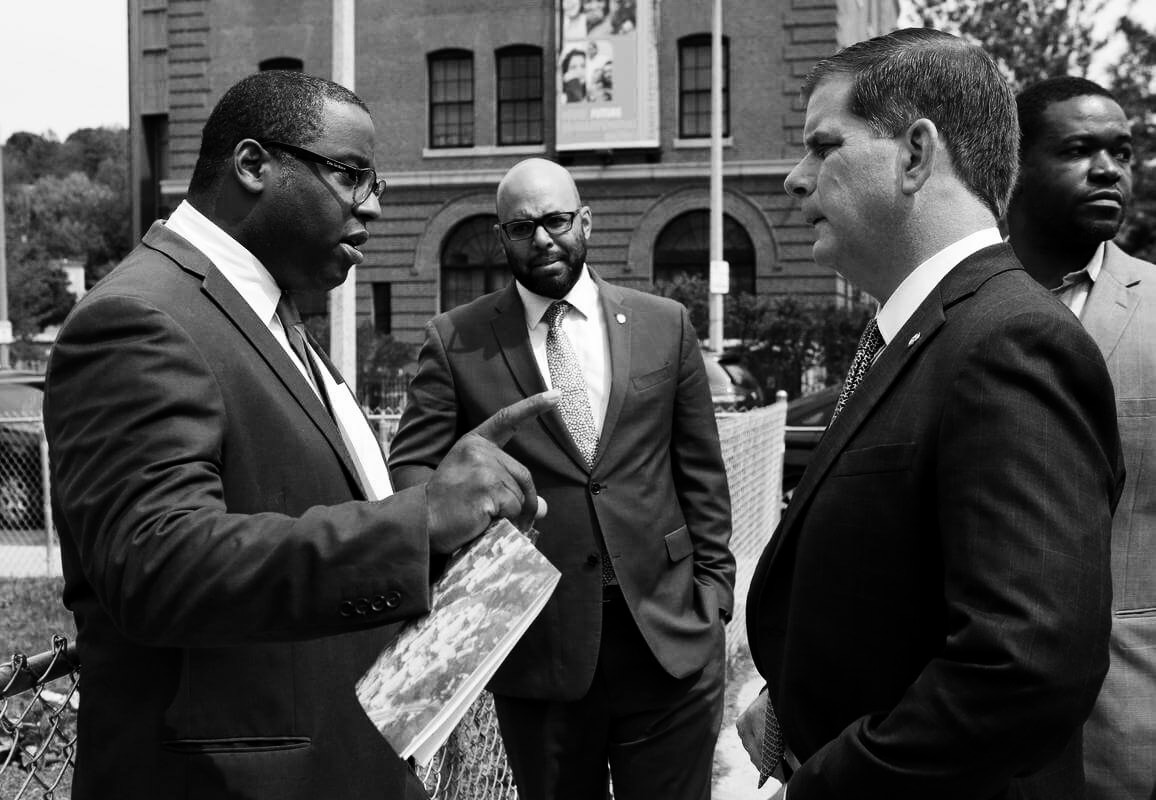 It’s almost that time again – mayor and city council elections are coming up this November for Massachusetts. Incumbent Boston mayor Martin J. Walsh, who has held the office since 2013, is being challenged this year by city councilor Tito Jackson. Jackson, whose city council district covers Roxbury, parts of the South End, Dorchester, and Fenway neighborhoods, has held his position as city councilor since 2011. There are numerous factors working in favor of Walsh, however; Jackson faces an uphill battle.

Jackson and Walsh are both Democrats, but their agendas differ in a few key areas. Some important points of Jackson’s campaign platform include safer neighborhoods, affordable housing, environmental sustainability, increased budgets for Boston’s public schools, and implementing opioid detox services. Jackson’s role in city council is not his first public office; he was Governor Patrick’s political director, helping him get re-elected in 2010. Jackson is also known for his work in the Boston area’s communities of color, holding a chair in several committees that focus on these groups and encouraging young people to get involved in the civic process.

Walsh, as a founding board member of the Neighborhood House Public Charter School, also focuses on strengthening Boston’s education system. However, compared to Jackson, Walsh has focused a lot more on the area’s economy by creating resources for low-income workers and apprenticeship programs for construction jobs as well as encourage innovation by attracting prime private sector employers, promoting high-quality development as the head of the Building Trades, and bolstering the city’s infrastructure.

While Boston under Walsh would no doubt see an economic boom and continued development, Jackson has based his campaign platform on running to be “the mayor of those who feel left behind” by directing more of the state’s budget to improving city services and quality of life for those less fortunate. Jackson wants to close this possible gap, one that he is afraid could lead to “two Bostons” – a rich Boston and a poor Boston, divided by class. Jackson’s criticism of Walsh’s role in the city’s ill-fated Olympics bid, his backing of the failed IndyCar race, and his offering of tax incentives to lure General Electric could all be points that Jackson could call attention to in his campaign. If Jackson makes it to the November ballot, he will be Boston’s first black mayoral candidate since Mel King, who ran for office in 1983 and lost.

Jackson, however, has quite a few barriers to overcome. A major issue for one is his campaign budget; a recent state filing indicates $65,000 in campaign funds, barely enough to run his mayoral campaign for a month. To help raise money, Jackson hired a national fundraising firm in late 2016, but budget continues to be an issue and puts Jackson at a disadvantage, especially compared to Walsh having raised $3.6 million for his campaign.

Walsh’s response to recent political events at the national level, most notably Trump’s executive order restricting immigrants from seven Muslim countries, has also caused his public appeal to skyrocket. Being raised by parents who emigrated from Ireland himself, Walsh’s aggressive denouncement of Trump’s ban was not only heartfelt and personal, but also politically effective. Walsh’s public profile has soared as a result, and this is bad news for Jackson; he’s going to have a hard time beating a mayor who has shown that he’s passionate about his city’s values.

The benefits of incumbency will also make it more difficult for Jackson to oust Walsh, especially in a city like Boston where a sitting mayor hasn’t lost since 1949. Jackson will need to leverage his influence among Boston’s minority communities to earn the support of more young voters of color and tip the odds in his favor. This might be a tall order for Jackson; in the previous 2013 election, out of about 140,000 cast votes, Walsh was narrowly able to beat his opponent John Connolly (by fewer than 5,000 votes) by getting more votes from communities of color than Connolly. If Jackson wants to be mayor, it’s on him to make sure history doesn’t repeat itself.