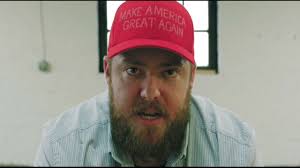 We know him as a rapper from Worcester currently signed to Atlantic Records. He gained exposure after the release of his single “Ross Capicchioni” in 2015. In 2017, he released his fourth mixtape and first on a major label

Joyner Lucas’ music video for “I’m Not Racist,” made a lot uncomfortable viewing. With a lot of swearing and a white boy saying the word “nigga” countless times and shameless pointing out many streotypes. When the second verse hits the song feels different when a young black man in dreadlocks respond to address the generalizations, to speak on being stopped by the police and rejected for jobs.
The reason “I’m Not Racist” has millions of views online is it is driving a conversation about the state of race relations in not only Massachusetts but in America. A tough conversation about how differently blacks and whites see things in this country right now.

Check out the video here if you haven’t already and be prepared for the racial stereotypes and cuss words.

Lucas is a 29-years-old and says the video really is the race talk that people shy away from.

“It’s a very uncomfortable conversation to have,” he told sources.
He explained that what makes the video so shocking is that it’s not a racist per say saying these words, but a regular guy.

“It was an average white man speaking his mind on how he actually feels about black people,” Lucas said, “and it was an average black guy talking about his interactions with white people. These are suppressed feelings that both parties have but are afraid to express.”

Needless to say Massachusetts is making a lot noise on the music scene. Urcitylive!